Keep an eye on your toddlers splashing in the pool. Drowning is the leading accidental cause of death for kids 1 to 4

CNN)Summer is a time of frolicking in the sun and splashing in the pool. But there’s a darker side to all the carefree fun: Pools and spas remain a major source of unexpected tragedy.In the summer of 2018, Emeline “Emmy” Miller, a 19-month-old toddler, wandered into a neighbor’s pool outside the watchful eyes of parents and friends. She fell in and drowned.”She slipped out the back door, and in the space of minutes she was gone,” said her mother Morgan Miller, in a new PSA video from the American Academy of Pediatrics about the risk of childhood drownings.”Drowning is preventable,” said Emmy’s father, decorated Olympic skier Bode Miller looking directly into the camera.The couple call on parents to talk to their pediatricians and educate themselves on how to keep children safe.

Drowning kills more children ages 1 to 4 than any other cause, with the exception of birth defects, according to the US Centers for Disease Control and Prevention.And though many pools may be closed or have limited hours this summer due to the pandemic, it’s especially important to be mindful because many children who drown slip unnoticed into pools. And 56% of child drownings are attributed to a lack of adult supervision, the Consumer Product Safety Commission noted.An average of 379 children under age 15 die in reported drownings linked to pools or spas each year, the CPSC said. That number ticked upward in recent years, hitting 395 deaths in 2017.Another 6,700 children wind up in hospital emergency rooms each year for injuries related to drownings, an equivalent of 18 children per day, the agency said.

Children are dying because US has no drowning prevention plan”Our latest report confirms that most child drownings take place at home during the summer months,” CPSC acting chairman Robert Adler said in a news release.”This year, with more families spending time at home, the delayed opening of many public pools and a pause on many traditional group swimming lessons, I urge everyone to take critical safety steps to reverse the upward trend in fatal child drownings.”Widening the scope to include young people under the age of 20, drowning remains a major threat, ranking as the third leading cause of death among that age group.Nearly 1,000 young people succumbed to drowning in 2017, according to a policy statement published by the American Academy of Pediatrics. That paper observed that a lack of barriers to water access and lack of supervision are two major drivers of young children unintentionally drowning in swimming pools, hot tubs and spas, bathtubs and natural bodies of water.

Bode Miller’s wife shares heartbreaking photo of daughter to raise awareness of child drowningsSome 69% of drowning incidents involving children under age 5 occurred in situations in which the kids weren’t expected to be in or near the water, the AAP said, citing CPSC data.Children with epilepsy, autism or cardiac arrhythmia are at a heightened risk.Although drownings have long been a leading cause of death, childhood drowning rates have been more than halved in the last three decades. Unintentional drownings killed 2.68 kids per 100,000 back in 1985, but as safety around water recreation areas has improved, that number had fallen to 1.11 by 2017, according to the AAP. 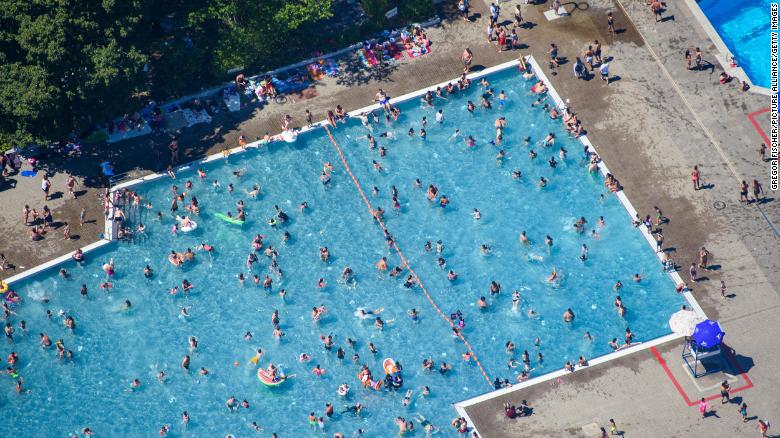 Children and adults bathe and sunbathe in the Mariendorf summer pool in Berlin, Germany, in June 2019.

There are a number of steps you can take to keep your children out of harm’s way.Closely supervise your children near or around water. Keep close and constant supervision as your kids play in or around water. Don’t leave them alone, even for a moment. Most young children who drown in pools had only been left unsupervised for minutes or less, according to a CPSC study.

Drowning is the leading cause of accidental death for young children. Here’s how to prevent itFence your pool area. Home pools should be encircled by 4-foot-tall fences on all sides, separating the pool area from the rest of the yard.Schedule swim lessons. Also, get your kids involved in swim lessons as early as possible. The American Academy of Pediatrics recommends swim lesson for children starting at age 1, and a study in the Journal of the American Medical Association concluded that swim lessons could reduce the risk of childhood drowning by up to 88%.Get trained in CPR (cardiopulmonary resuscitation). That way, you’ll be ready to respond quickly to accidents in or near water.Read more on the CPSC’s Pool Safely public education campaign. More resources are available through Water Safety USA, a consortium of US governmental and nongovernmental organizations dedicated to drowning prevention.

If you’re prepared and constantly aware of the situation, you can enjoy spending time at the pool, lake or ocean.Get CNN Health’s weekly newsletter

Sign up here to get The Results Are In with Dr. Sanjay Gupta every Tuesday from the CNN Health team.The pain of losing his daughter spurs Bode Miller and his wife to keep fighting to prevent other parents from knowing the anguish that pierced his family’s life two years ago.”I wish I could have one more day to hold you, but until that day comes, continue to work through me and give me the strength to bring awareness, my love,” Morgan Miller wrote in an Instagram tribute to their daughter two months after her death.That caption accompanied a photo of the couple’s fragile daughter as she was hooked up to tubes, unable to be saved by doctors and nurses.”I told you as I held you in this moment that you could still change the world, you could still move mountains,” she wrote. 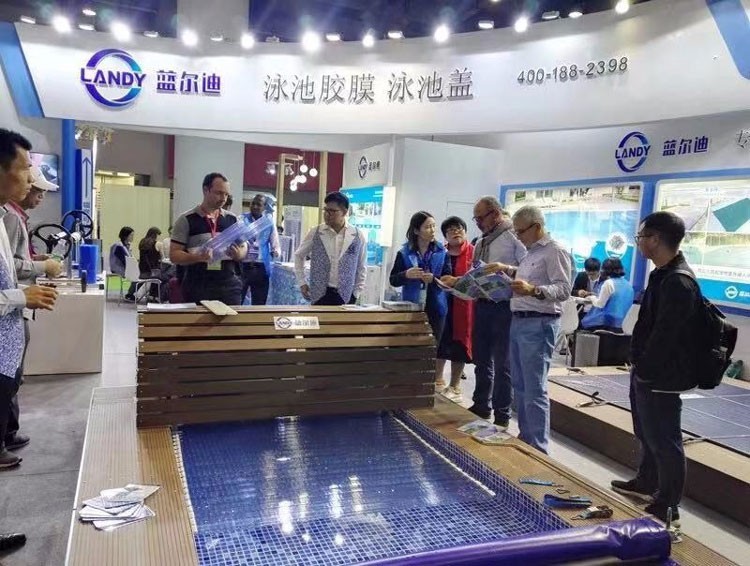 Landy was invited to participate in the 2019 Pool SPA Expo